a film by Ziad Kalthoum 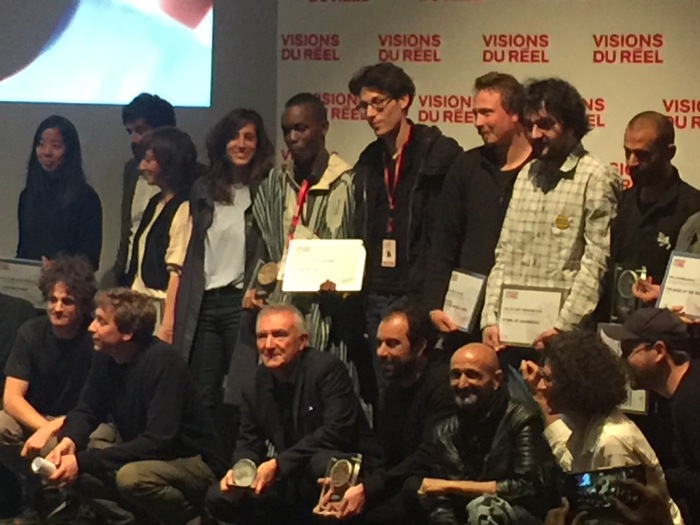 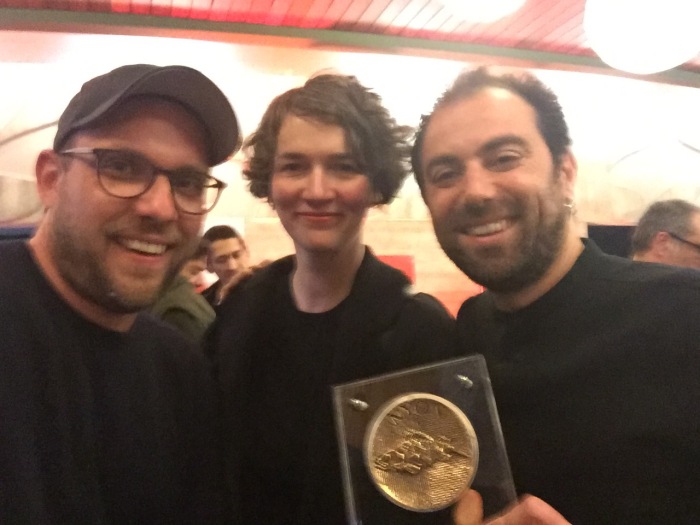 “TO CATCH THE INVISIBLE”

…How migration, flight, and foreignness can be mediated through cinematography is demonstrated by a competition film from Lebanon: “Taste of Cement” by Ziad Kalthoum. The director, born in Syria in 1981, shows Syrian workers working in Beirut on the site of a high-rise building. They are refugees, trapped in the world of the construction site, where they live outside the working hours in the basement; Leaving the construction site is forbidden to them because of an evening exit lock for Syrian refugees. In the representation of this universe of men who build something while their home sinks in the war, Kalthoum and his Lebanese Cameraman Talal Khoury do incredible.

Thus, the camera accompanies the workers at dizzying heights, captures panoramas that are breathtaking, contrasting with close-ups of life-threatening climbs, and immediately imparted a visual poetry, reminiscent of early Soviet cinema, with images of cranes, facades and forests of reinforcing irons. And when, with one of the panoramas of Beirut, the view is slowly blurred by the gray rays of a large-scale spraying machine, and the scene breaks unbroken into an almost physically effective horror, it stops the breath: filmed from the guide cabin of a tank Propagandafilm taken from Asad’s army, the latter, with an infernal noise, makes his way through the ruins of Aleppo, whose desolation reminds of Stalingrad or Berlin at the end of the Second World War.

And if not a few documentary films, the chatter is a problem, if by talking-heads, commenting Voice-over or dialogical scenes a designed reality is to be mediated, so Ziad Kalthoum circumvents this difficulty in “Taste of Cement”. For the above-mentioned pictures and masterly sound design, he laid the highly poetic text of a man who summarized his childhood and youth in his dialogueless film. He remembers how his father, he also construction worker, once in peace at home in Syria, the smell and the dust of cement was no longer disengaged and ultimately died of its consequences. Again and again the camera touches the men, sometimes shows in extreme shots their eyes, mirrors in the iris external events and shows in these attitudes inner pictures, which are more oppressive for the person concerned than external. Thus, these Syrian workers are prisoners, who, as the only freedom, have the look, the outward and the inward. … 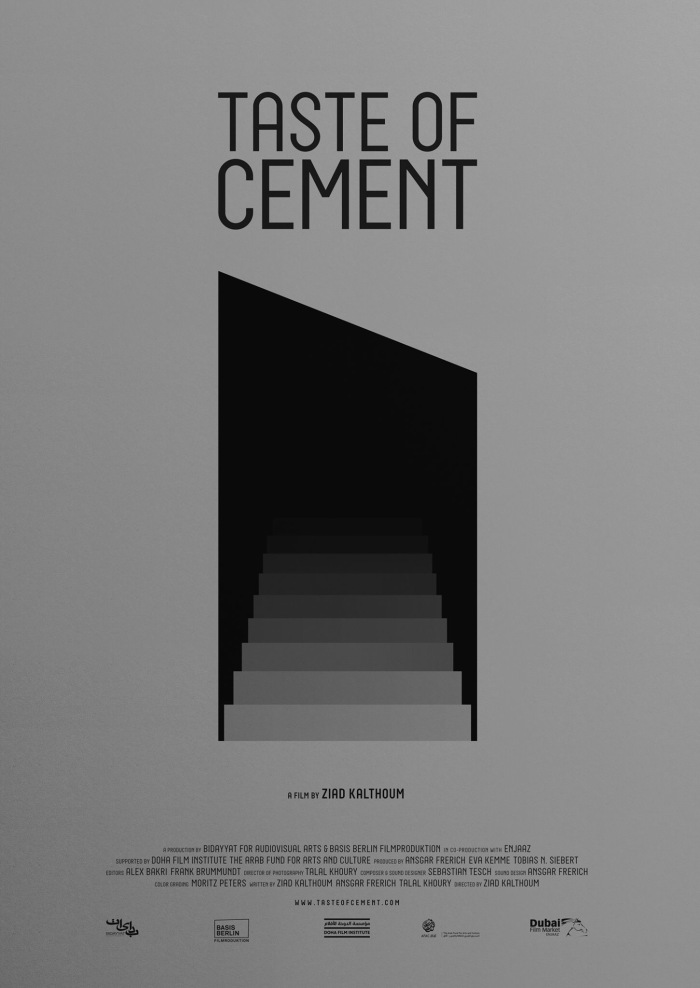 TASTE OF CEMENT a portrait of workers in exile. An empathetic encounter with people who have lost their past and their future, locked in the recurring present.

ZIAD KALTHOUM creates an essay documentary of Syrian construction workers building new skyscrapers in Beirut on the ruins caused by the Lebanese civil war. At the same time their own houses are being bombed in Syria. A Curfew prohibits them from leaving the construction site after work. Every night in their pit below the skyscraper the news from their homeland and the memories of the war chase them. Mute and imprisoned in the cement underground, they must endure until the new day arrives where the hammering and welding drowns out their nightmares.